[2019] The 9th International Workshop on Programming based on Actors, Agents, and Decentralized Control (AGERE) | SPLASH 2019

The project "Krestianstvo Luminary: Decentralized Virtual Time for Croquet architecture" will be presented at the 9th International Workshop on Programming based on Actors, Agents, and Decentralized Control at SPLASH 2019, Sun 20 - Fri 25 October 2019, (Athens, Greece). 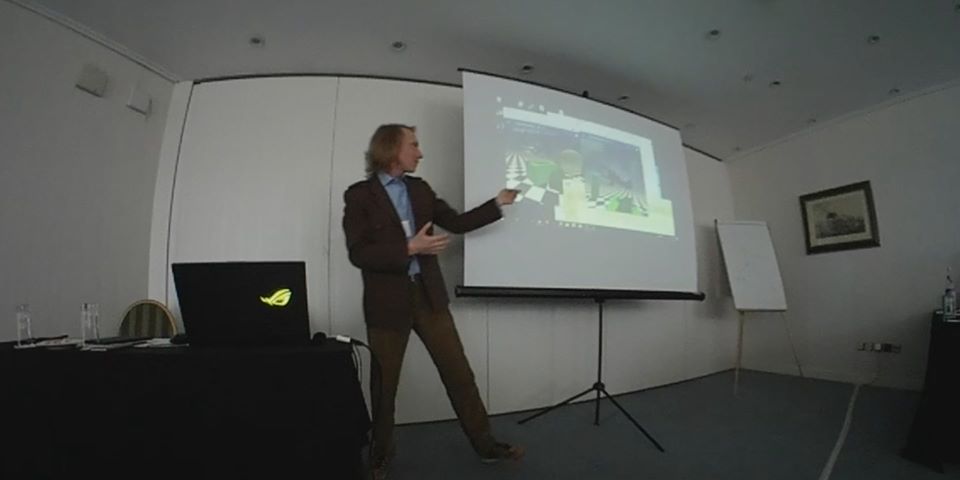 Photo from the talk "Krestianstvo Luminary" 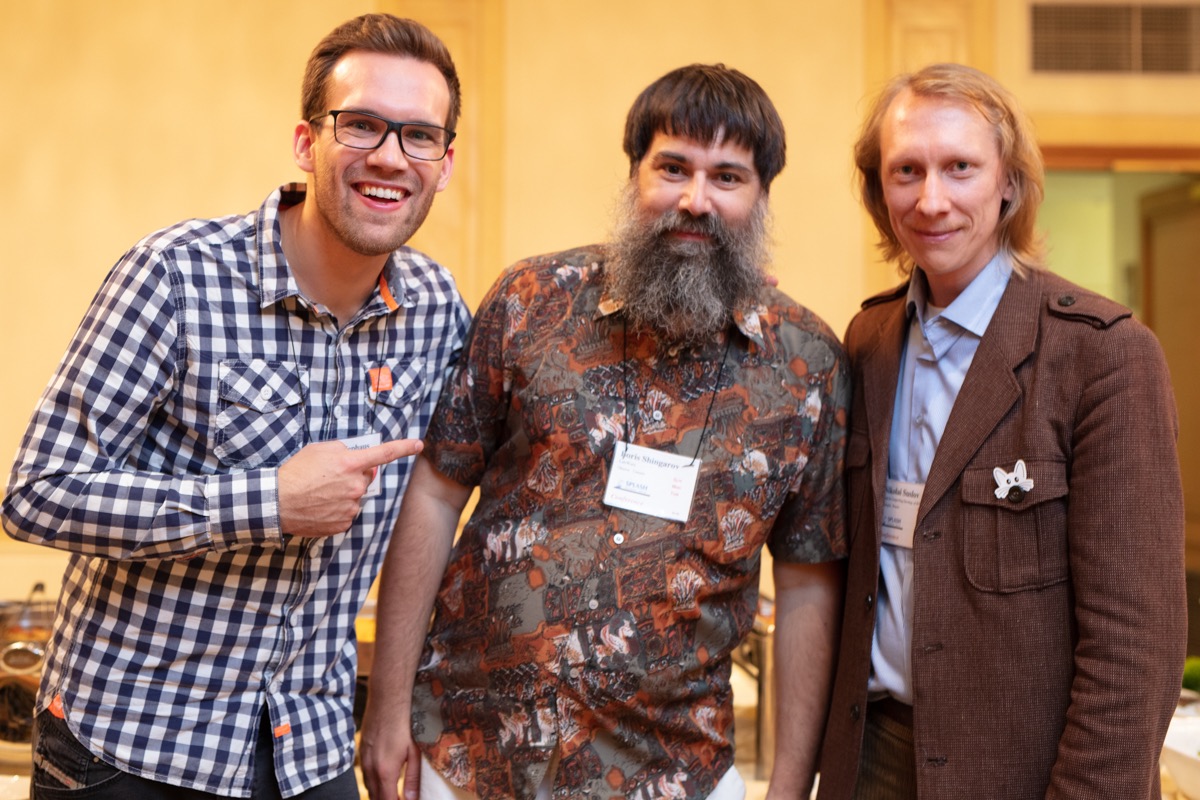 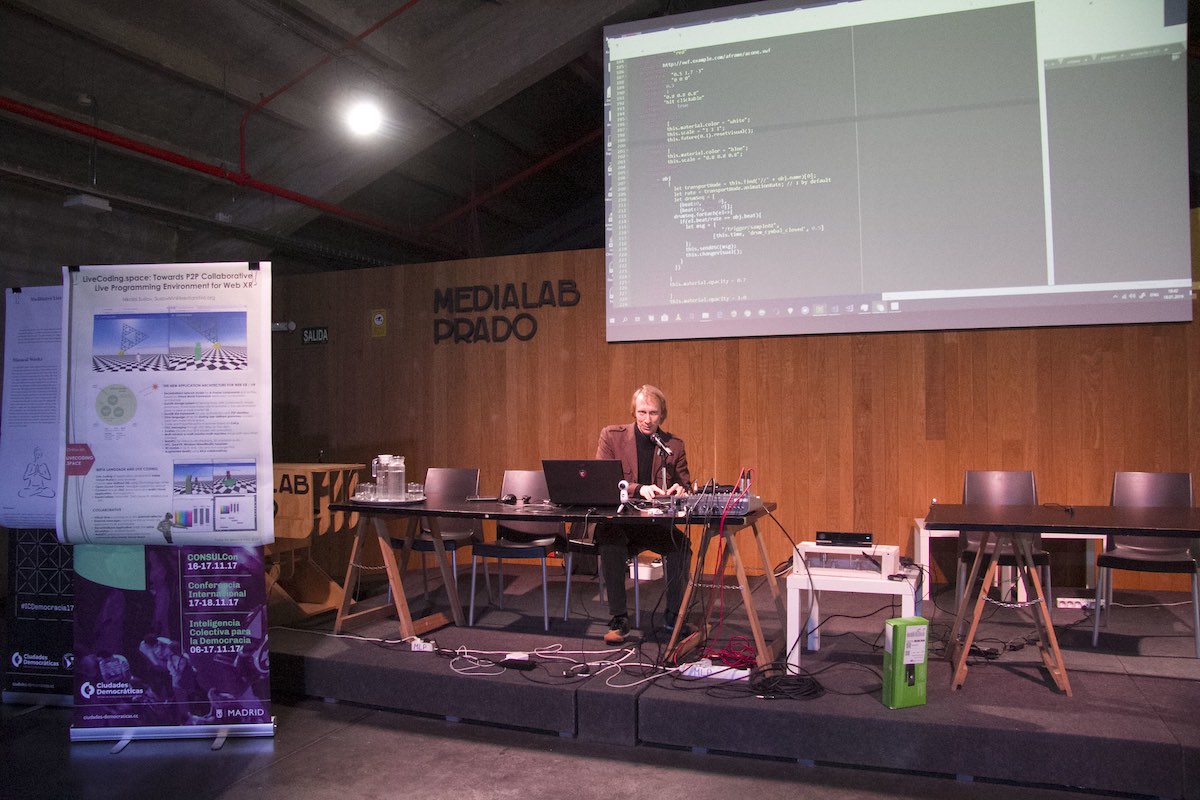 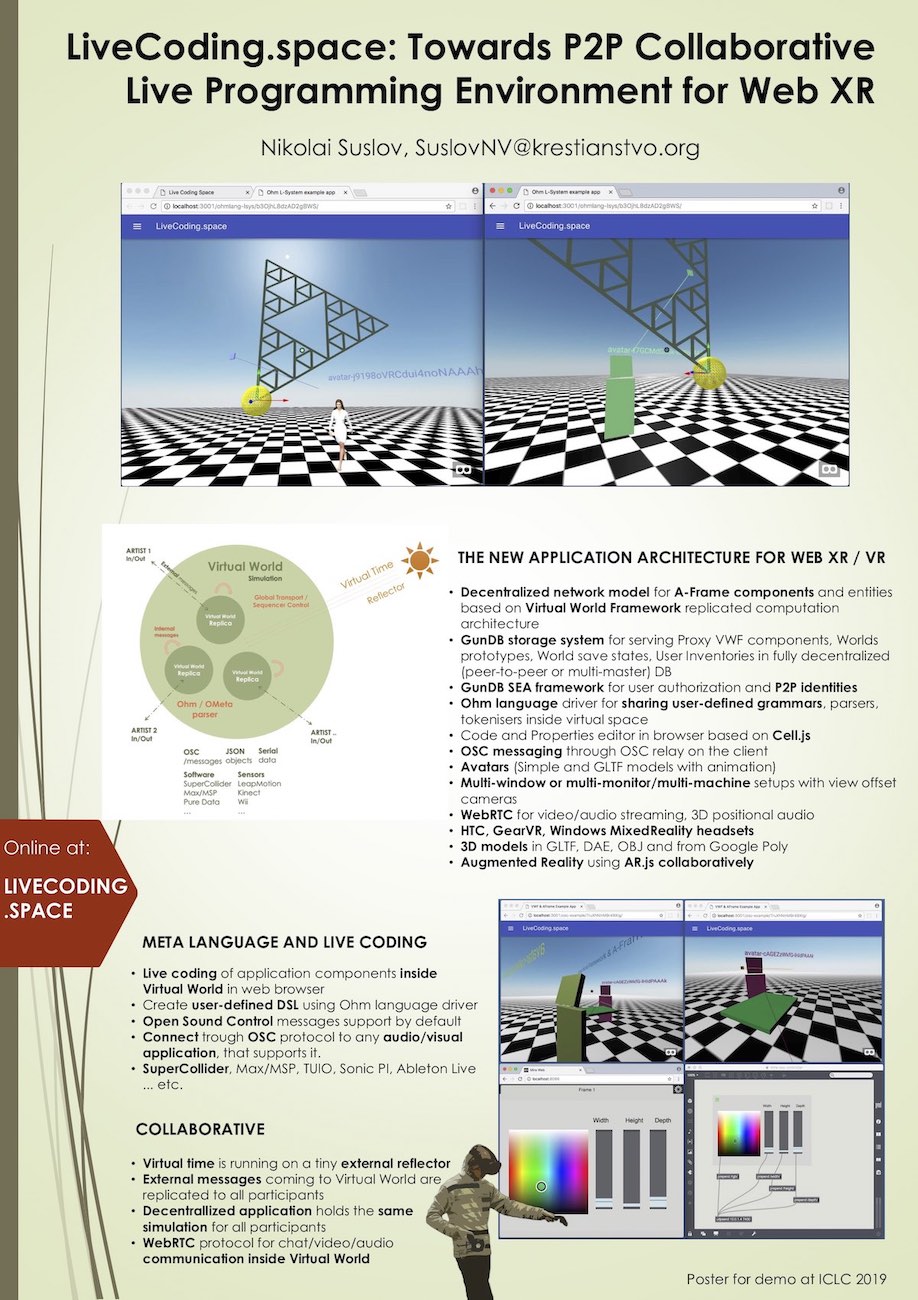 Photo from the conference: 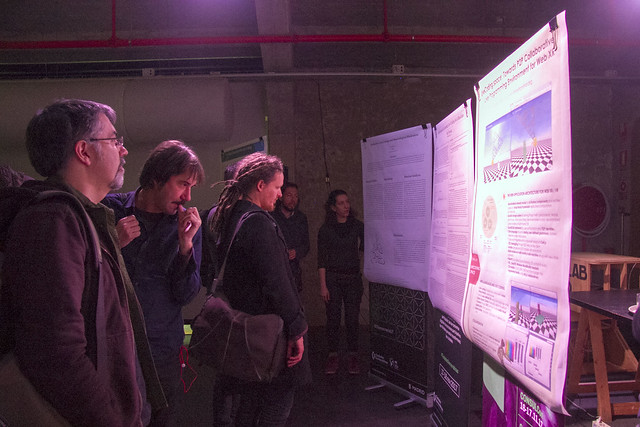 The work Towards the Web for Virtual Being was presented at ‹Programming› - 2017, the First International Conference on the Art, Science, and Engineering of Programming| Mon 3 - Thu 6 April 2017 | Brussels | Belgium, in the ProWeb section.
The project site: LiveCoding.space 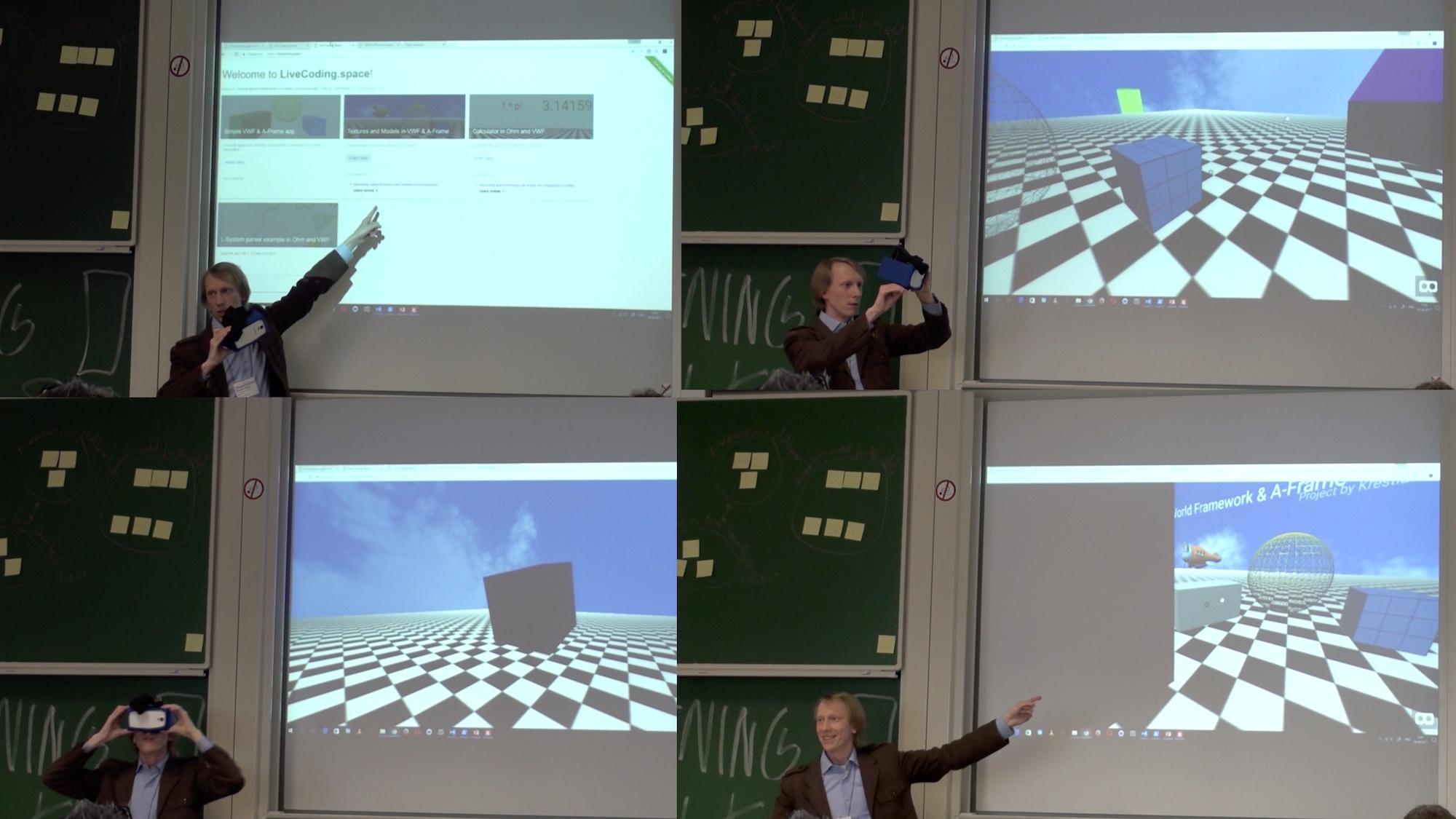 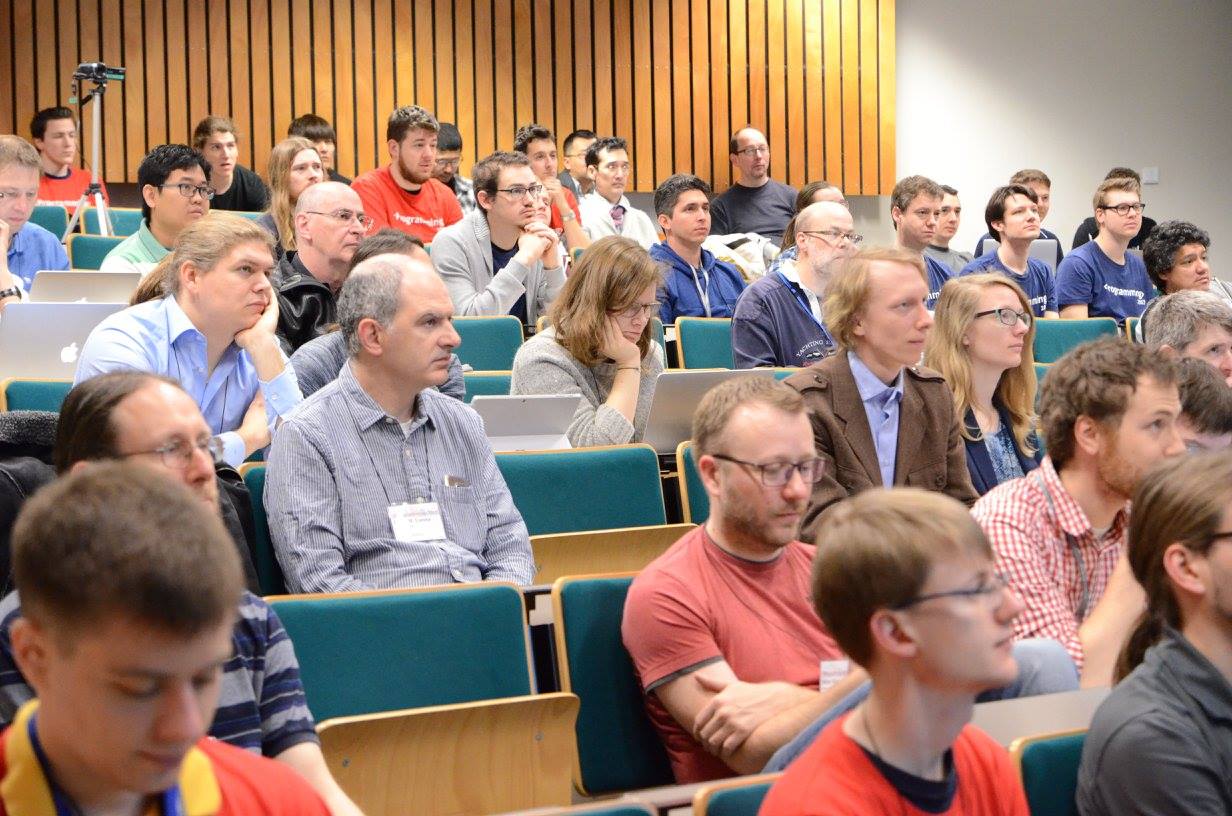 June 29th - July 3rd, 2016 at The third International Conference on Live Interfaces the current work was presented as demonstration: "Artist-aware, zero install immersive virtual environment for collaborative live performances". The third International Conference on Live Interfaces will take place at the University of Sussex. This biennial conference will bring together people working with live interfaces in the performing arts, including music, the visual arts, dance, puppetry, robotics or games. The conference scope is highly interdisciplinary but with a focus on interface technologies of expression in the area of performance. Topics of liveness, immediacy, presence (and tele-presence), mediation, collaboration and timing or flow are engaged with and questioned in order to gain a deeper understanding of the role contemporary media technologies play in human expression.
Full programme: here 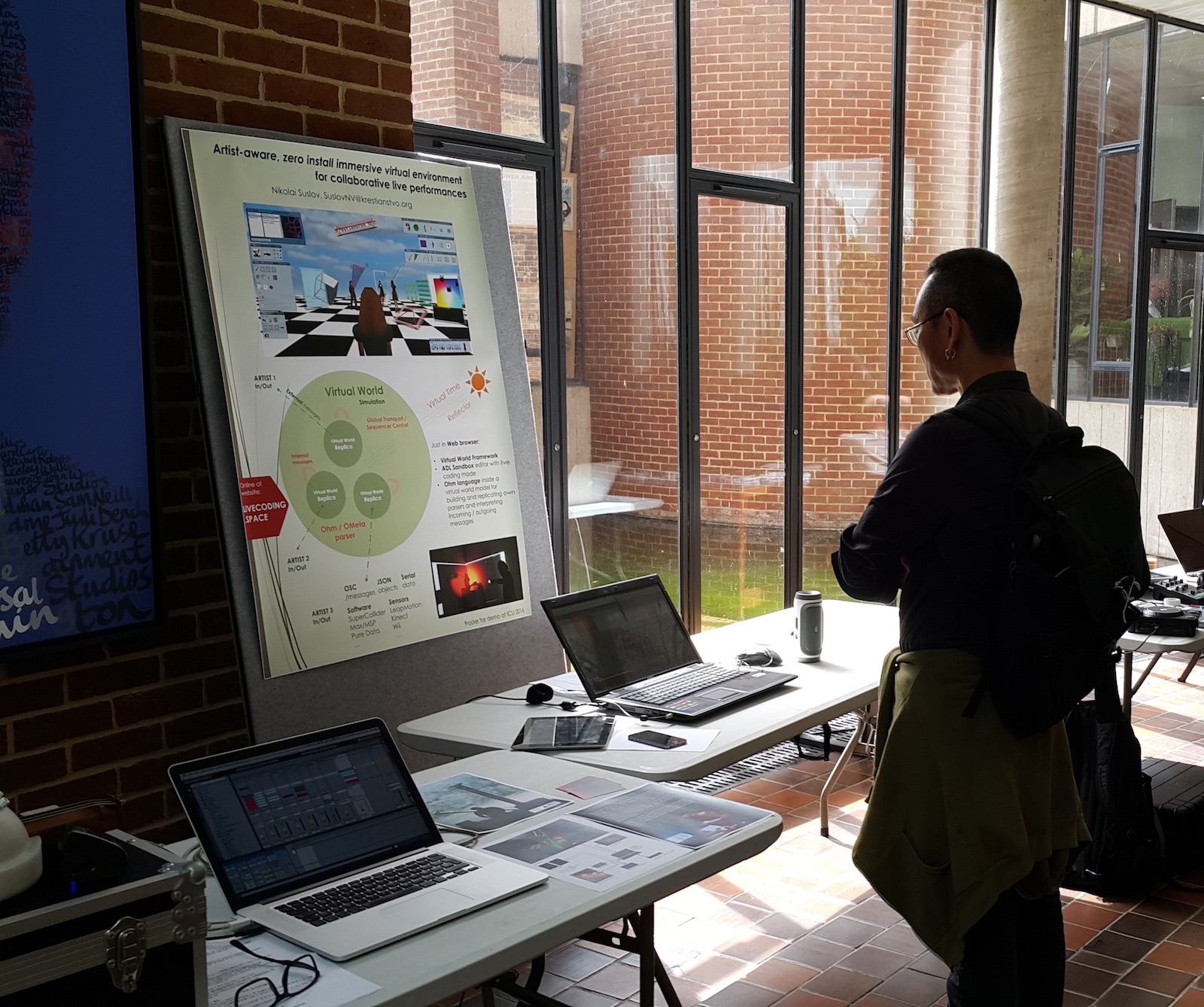 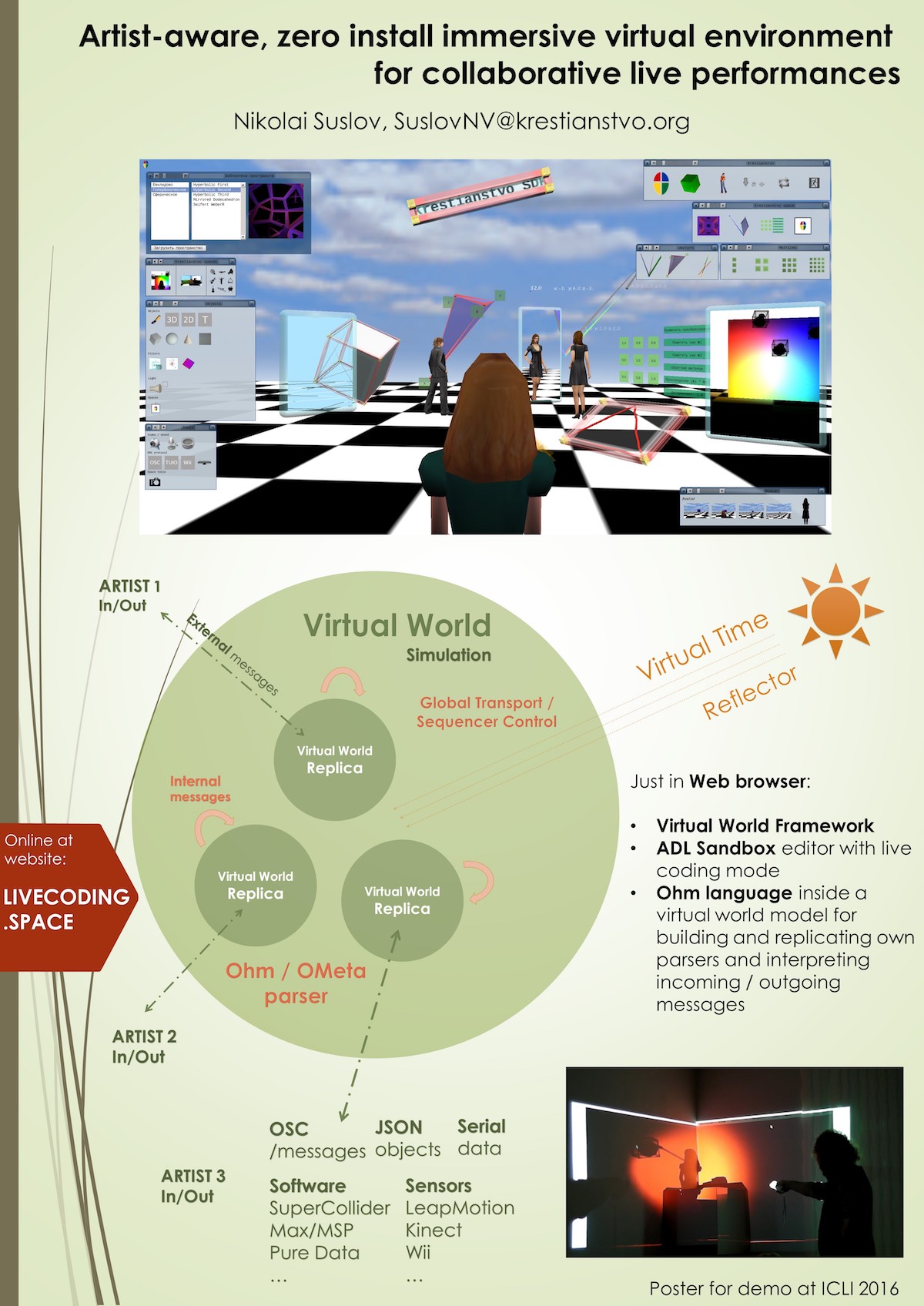 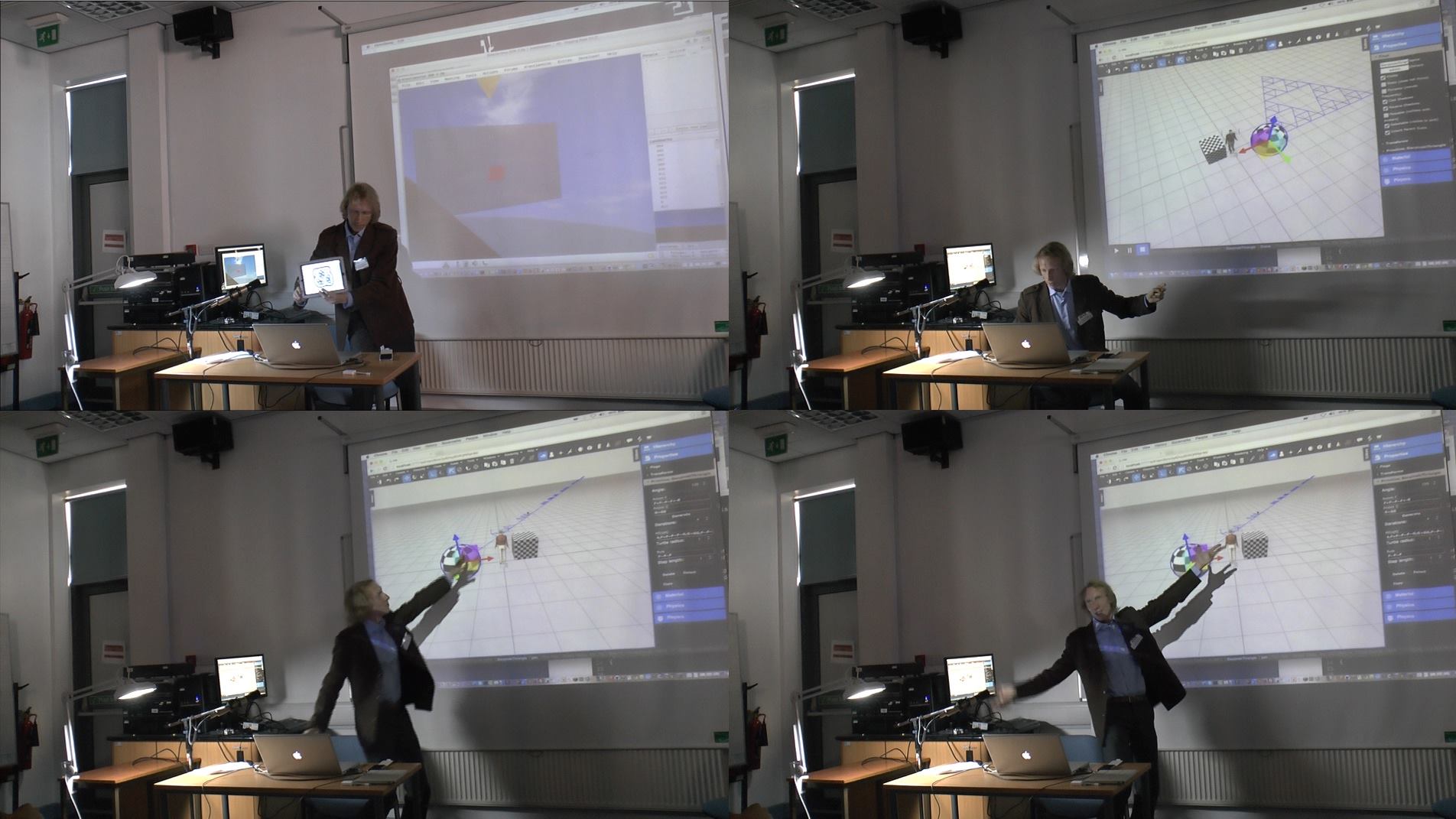 Photos from the conference: 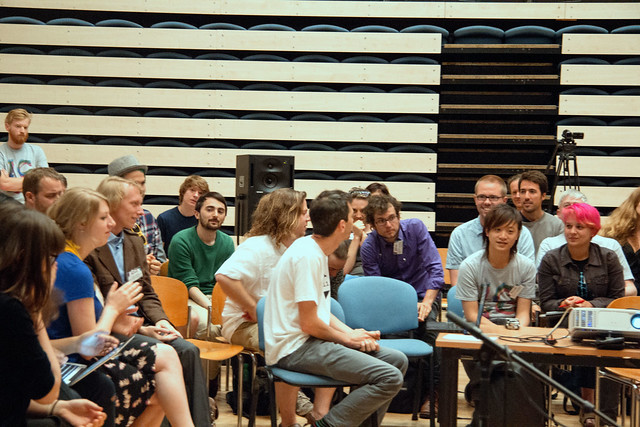 Photo with all participants: 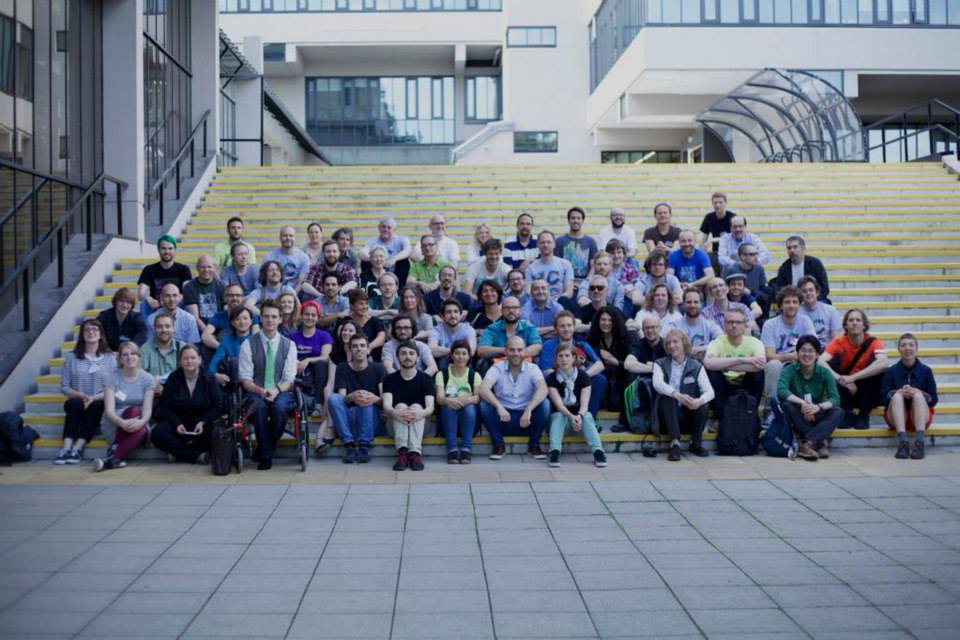 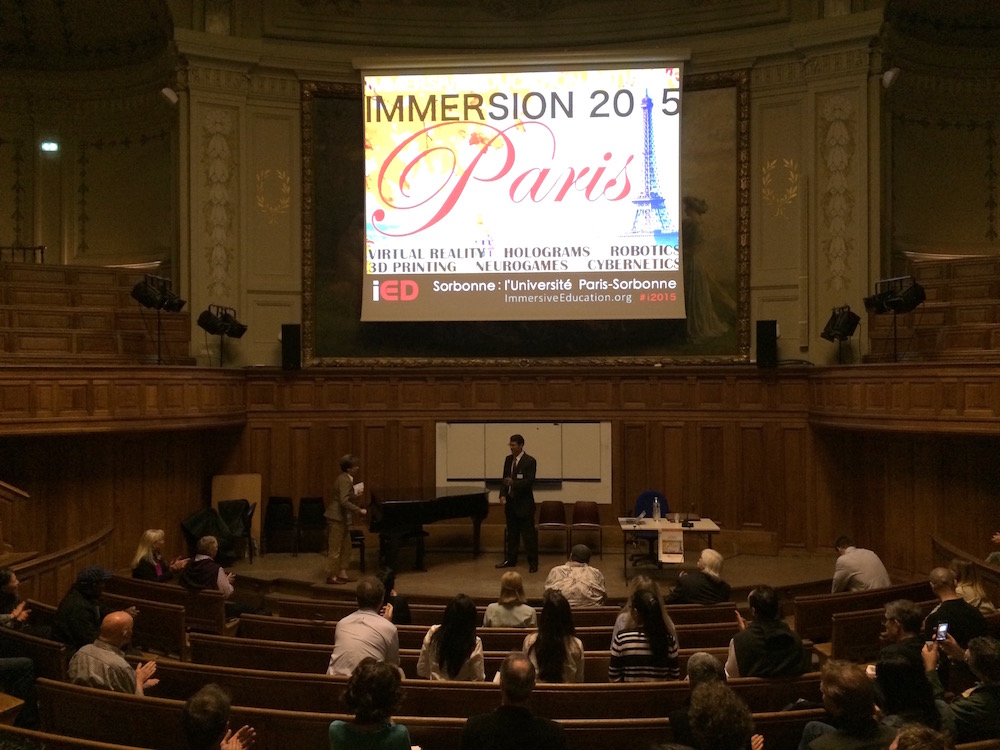 7-10th September 2015 the work of the project Krestianstvo SDK will be presented at the 5th European Immersive Education Summit (EiED) / IMMERSION 2015,hosted by Paris-Sorbonne University ("the Sorbonne") in collaboration with the Smithsonian Institution and the global Immersive Education Initiative.
The details 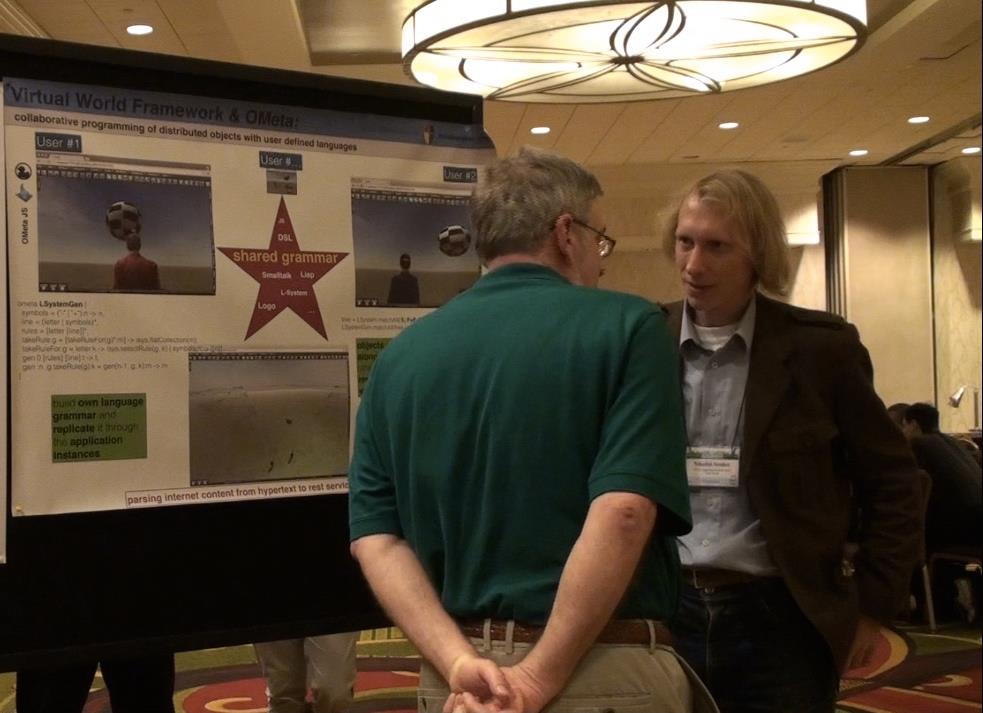 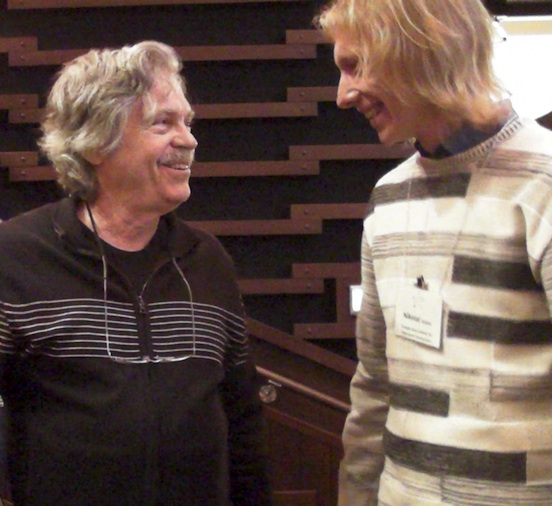 On the photo Alan Kay, the architect of object-oriented programming, Smalltalk language and the modern windowing graphical user interface (GUI).

Krestianstvo SDK was presented to the community of Squeak : details 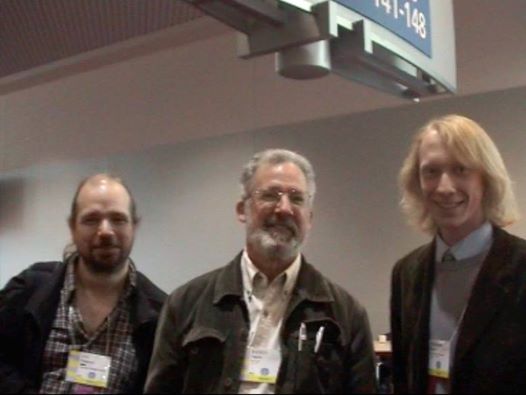 Annual participation in the work of international conferences ESUG from 2005 to 2008.
The European Smalltalk User Group Conference (ESUG) 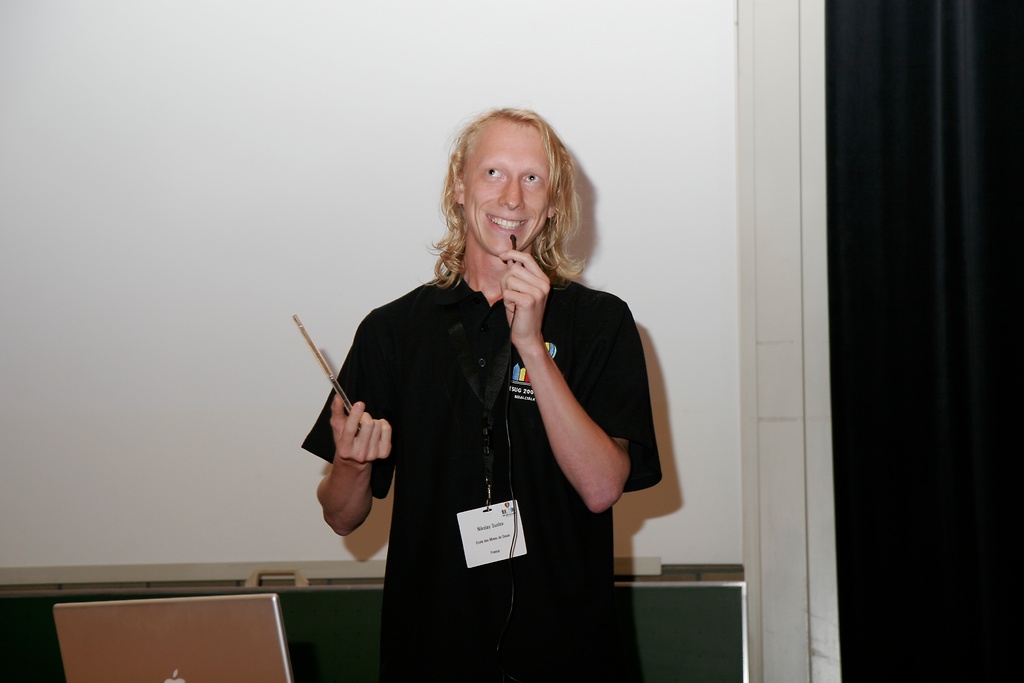 The photo from ESUG 2008. Demonstrating the "Smotrini", application based on Smalltalk and Seaside for creating multimedia discs "A.Ivanov, Akvarel.Grafika. Biblical sketches"