Krestianstvo SDK 2.0 is based on the top of the Open Qwaq. It is free and distributed under the MIT license.

Krestianstvo SDK is an application programmed on SmallTalk programming language for the "3-dimensional operating system" Open Qwaq / Open Croquet, which is run on top of the Smalltalk virtual machine. Several running instances of the application organize a network similar to torrent (p2p) and provide distributed computation, based on replication in a single shared virtual world.

The server http://www.krestianstvo.org provides a running virtual world's services, allowing to collaborate through the Internet. Programming is done in both English and Russian languages. So Russian characters can be used in both low-level and high-level method names of the Smalltalk programming language. 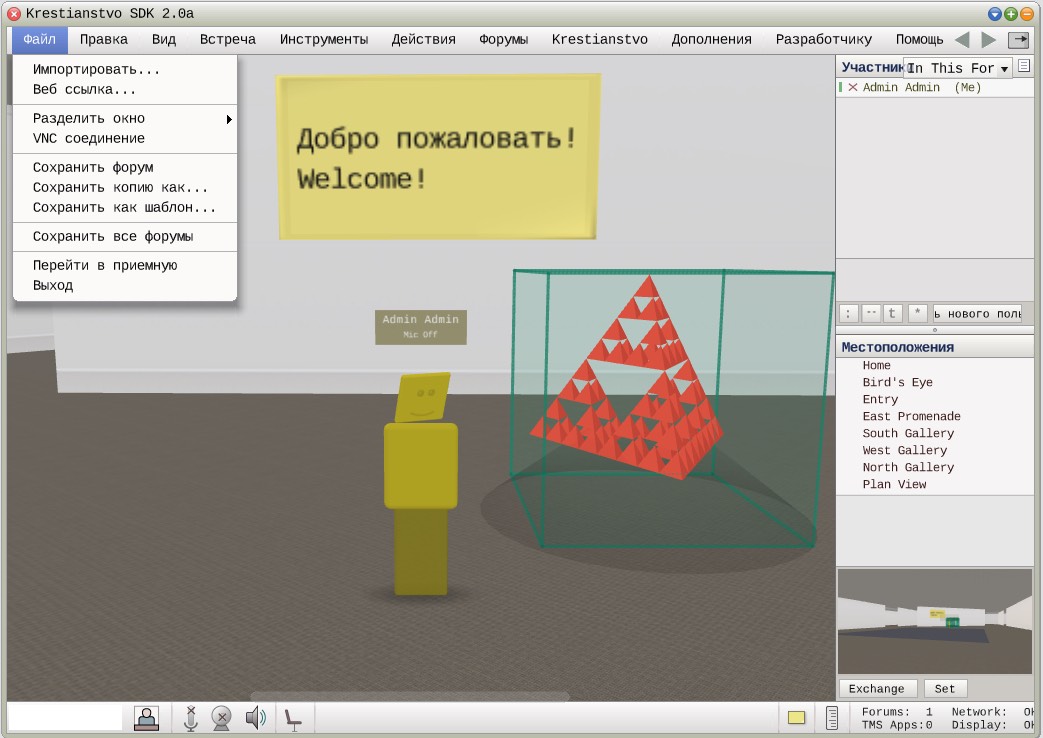